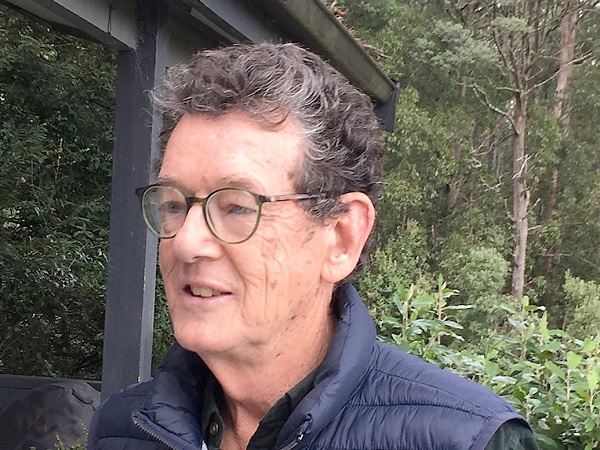 Bushwalking has been a lifelong pursuit for landscape designer, teacher and horticulturist Lindsay Campbell. His initial interest in native plants originated through regular walking trips in the Blue Mountains, New South Wales.

However, the notion of gardening as a career was triggered while picking fruit on the estate of Wilkin & Sons jam fruit farm in England during an overseas working holiday in the early 1970s. The opportunity to work in the gardens, in the temporary absence of the estate gardener, prompted the thought that gardening might be a good career.

After returning to Australia, in 1975 Lindsay commenced a three-year course in garden design at Ryde School of Horticulture, a training grounded in traditional horticulture. He worked at several nurseries around Sydney before being appointed in charge of the gardens at the Scottish Hospital in Paddington where he blended Australian native plants amongst the traditional European plantings.

Lindsay and his wife Christine moved to Tasmania in 1979. At Gardeners Bay in southern Tasmania, they chose a 100-acre bush block that was remote, yet close to Hobart. His initial employment on moving to Tasmania was as a gardener at the Royal Tasmanian Botanical Gardens. This allowed Lindsay to ‘acclimatize … myself to Tasmanian garden culture.’

Between 1980 and 1989 Lindsay was self-employed in garden design and construction before teaching landscape design at Hobart TAFE, a position he held until 1999. Extensive overseas travels observing natural landscapes and garden philosophy informed his teaching practice and continuing commercial business.

As an influential and experienced figure in Tasmanian horticulture and garden landscape design, Lindsay shares insights into his design philosophy. His practice reflects various cultural and geographic influences from around the world, particularly Japan, China, Spain and Patagonia. His work is driven by efficiency and good communication and his gardens are designed to be environmentally appropriate using plants that fit harmoniously with the local conditions.

Lindsay Campbell’s own garden ‘The Sorn’ is a small, much admired garden featuring groupings of Tasmanian native plants growing on the edge of Eucalyptus obliqua forest. Forty-three years since the garden was commenced and with many lessons learned, Lindsay reflects on his unique garden.