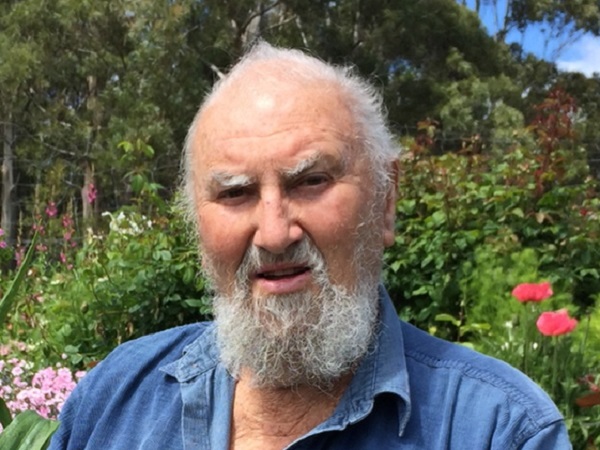 Bob Magnus is typical of many of his post-war generation who rejected the opportunity to work in a family business, choosing instead to pursue a non-traditional lifestyle, working eventually in horticulture and nursery practice. Born and educated in Sydney, Bob left home in the early 1960s.  Max Burton and Marten van Menz introduced him to nursery work and casual gardening around Sydney, which he undertook for several years.

Taking advantage of cheap sea travel, Bob travelled overseas hitch-hiking around Europe and pursuing his interest in music, and later spending time on the island of Hydra with a group of Australian dropouts.  He then moved to Israel to work on the HaNikra kibbutz where he learnt the fundamentals of avocado propagation. This experience sparked the beginnings of his horticultural interests.  It was here that he met and married his future wife, Swiss born Anna Maria.

On his return to Australia in 1967 Bob’s father purchased a small avocado plantation for the young couple at Mullumbimby, in the Northern Rivers region of NSW.  After several years their concern over the use of crop chemicals compelled them move to nearby Alstonville.  Here they established a home and nursery, growing and grafting avocados, custard apples and mangoes, building on Bob’s early horticultural experience on the kibbutz.

In 1979 on a family trip to Tasmania, the cooler climate and price of real estate captured their interest. The opportunity to be able to live in harmony with the environment appealed to both Bob and his wife and they purchased 25 acres at Woodbridge in Southern Tasmania. They built a home and established a family run nursery specialising in dwarf bare rooted heirloom fruit trees. Arriving as the apple industry was in decline, Bob was able to source valued plant stock varieties from the nearby Grove Research Station.  ‘Magnus Summer Surprise’, a heavy and regular bearer released in 2019, was the first of his apple trees to be patented from this endeavour.

The Magnus family were well known early stallholders at Salamanca Market in Hobart where they sold flowers, apple trees in pots (a failure) and other produce over a period of 28 years. Their daughter continues selling flowers there each week.

Bob is a knowledgeable and enthusiastic gardener, and above all else passionate about heirloom fruit varieties.   Self-taught and self-employed for his entire life, his workshops on grafting and espaliering have influenced many.  In retirement he supports and encourages his family in their enterprises, Woodbridge Fruit Trees and Woodbridge Nursery.  Anna Maria continues to work as an artist at her Woodbridge Hill Handweaving Studio.