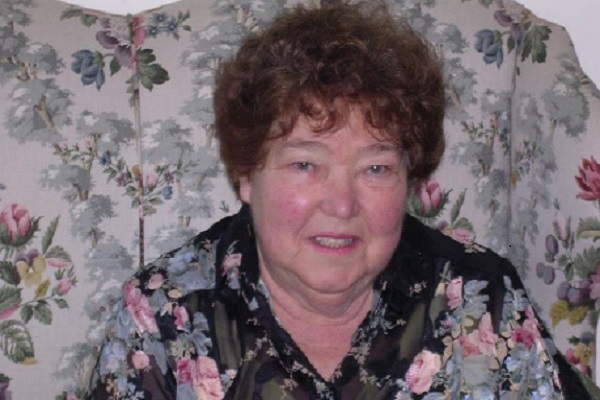 Shirley Stackhouse was virtually brought up in her grandfather’s rose nursery. George Henry Heers, was the Director of Dairying for the Department of Agriculture and Stock in Queensland. He was a well known rose grower and he exhibited roses at every rose show. Because he was legally not allowed to own a business his sons, Shirley’s uncles, ran the rose nursery (Pacific Nurseries) in Manly, just out of Brisbane.

Shirley had a number of careers before horticulture. Shirley has a lifelong love of art and drawing and when she left school she did a Diploma in Fine Art at the Brisbane Technical College Art School. She also worked as an occupational therapist before her marriage.

Horticulture wasn’t an option for her – Gatton Agricultural College in Queensland only admitted boys. In Brisbane she had a job writing TV scripts for the ABC’s children’s shows.

When she came to Sydney she was employed by the Herald, writing the garden column ‘Waratah’ and worked at Woman’s Day and at Woman’s Own (where she worked under a pseudonym, Anne Summerfield, at the request of the editor). In time she began to take her own photographs for her articles or illustrate them herself (as she did with her books).

She believes there is much less emphasis on gardening in the newspaper and general magazines – there has been a great increase in interest in sport; people no longer have access (economically) to the traditional quarter acre block with space to garden. Shirley talks about the impact of gardening shows on TV, Shirley gave talks on cruises, in the Pacific, and garden tours to Europe every year for some time. Shirley spoke about her work on radio, when people would call in with enquiries, about her books, and her particular pleasure in “Gardening Year Book” which is being published anew.

She talks about the difference between her work and previous writers, who were neither writers nor horticulturalists. She was one of the foundation members of the Friends of the Botanic Gardens and the Australian Garden History Society.

Shirley talks about her awards, and her wide influence in the community and concluded the interview with a story from her childhood:

When I was a child my relatives of course as relatives always do were always asking what I was going to do when I grew up and I always used to say, even though I knew that they were going to laugh at me, I said I was going to be a writer and I was going to be an artist and then they would all laugh. And my uncles to make me say this would give me a penny so I used to think it was worth being laughed at by all the relatives around to get the penny because a penny was big amount of money in those days.